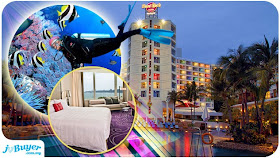 [37% OFF] Get ready to rock like Mick Jagger!!! 3D2N Luxurious Beach Holiday for 2 pax at 5-star Hard Rock Pattaya Hotel, Thailand! Accommodation+Daily breakfasts+Coral Islands Excursion for RM1118 instead of RM1760.

The world may not have come to an end in 2012, but between the flood of phone calls at work and the fires you're putting out at home, it can certainly feel like doomsday.

Avoid an epic meltdown with an Escape to the Pattaya, where you'll get a two-night all-inclusive stay at Hard Rock Hotel for 2 - including breakfast, a Coral Island Exercusion,  taxes and service charges—for only RM1118 instead of RM1760. 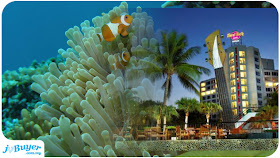 The stars align at this sustainable 323 room resort and nature park to bring you and your loved one a lifetime worth of leisure. Located an hour and a half drive from Bangkok, for work, play, meetings or parties, there is something for everyone and everything that rockers would wish.  The 323 rooms & suites include exceptional Rock Star Suites, new accommodation for families with kids, luxurious digs for Composers and Executives, and Sea & City view Deluxe rooms for those  on a break, to chill or to work.

Plastered with retro art and glamorous odes to guitar-yielding greats, this is a haven for those looking to channel their chic sensibilities and inner arena junkie.

Step out from behind the wheel and into the scene with this week's Escape to the Hard Rock Hotel Pattaya for RM1118 only for 2. 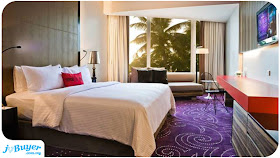